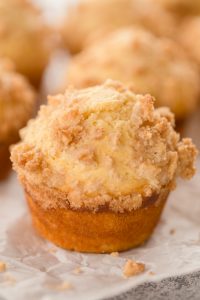 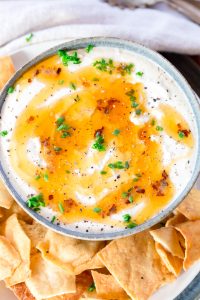 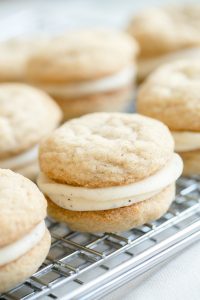 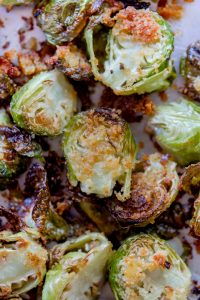 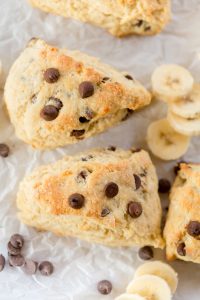 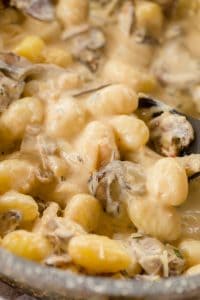 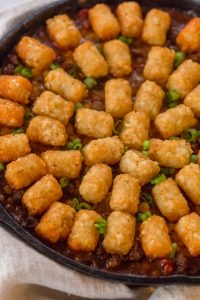 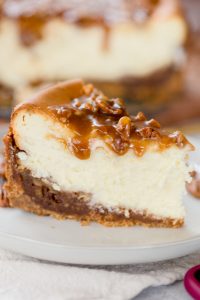 Apple Cinnamon Roll Casserole is an easy fall breakfast recipe that combines cinnamon spiced apples that are sauteed in butter, and canned cinnamon rolls. It’s a fall favorite that you will make over and over!

I absolutely love an easy and seasonal breakfast, and this Apple Cinnamon Roll Casserole checks both of those boxes! Canned cinnamon rolls are used in this sweet breakfast casserole recipe and make this recipe so, so easy. I make a cinnamon roll casserole almost every time we go to the cabin or have a weekend with family, and I wanted to put a fall spin on it. Enter: apples! Specifically, apples that have been sauteed in butter, cinnamon, nutmeg, cloves, and brown sugar resulting in a caramelized situation that is oh-so delicious.

This cinnamon roll casserole with apples really was everything I was hoping it would be and everyone who tried it loved it.

This recipe is really easy to whip up. The first step is to saute the apples in butter, cinnamon, nutmeg, and cloves. Cook them until they’re softened, about 4-5 minutes. Then add 2 tablespoons of brown sugar and cook for another 1-2 minutes, until the brown sugar melts and the apples are somewhat caramelized. Remove from the heat.

Can this cinnamon roll casserole with apples be made in advance?

Unfortunately, this isn’t a casserole that would do well made ahead because of the nature of the canned cinnamon rolls. You can, however, saute the apples in advance, if needed.

What brand of cinnamon rolls should I use?

What should I serve with apple cinnamon roll casserole?

I like to serve sweet breakfast items with scrambled eggs and bacon to balance it out a little bit. You could also do sausage links or patties and fried eggs. 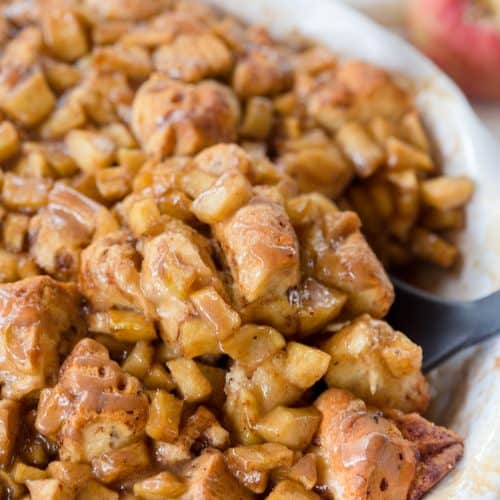 greensnchocolate
I was planning to make my Pecan Pie Cheesecake for

Looking for the perfect Thanksgiving or Friendsgiv