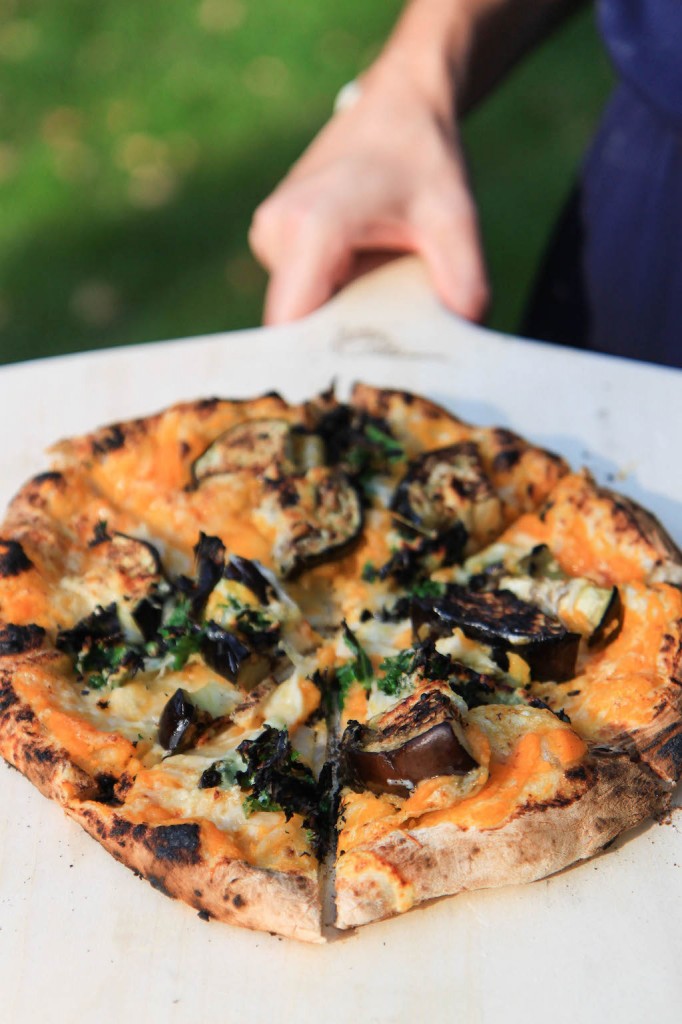 Last Sunday we headed out of the city with some friends to do some apple picking and wine tasting at an apple orchard and vineyard, and afterwards we went to Marc’s parents house to make pizzas.   I don’t think I’ve ever mentioned this, but Marc’s parents have a wood burning oven in their backyard.  It’s pretty much the coolest thing ever and they make incredible pizzas in there, on the regular.  We’ve  tried our fair share of pizza in the Twin Cities and I’m not kidding you – the crust they make cannot be beat.  We love it so much we even had our rehearsal dinner in their backyard with pizzas for dinner!

My inlaws also have the pizza making toppings down too, with combinations ranging from mushrooms and truffle, pear and blue cheese, to Italian sausage and red sauce.  This time, however, we were in charge of the toppings.

With a group of friends who love food, our first shot at bringing the toppings was a huge success.  We had roasted peppers, onions, and corn, beets, caramelized onions, heirloom tomatoes, and fresh sausage and cave-aged she eps’ cheese from the farmers market.  Oh, and truffle oil.  You cannot go wrong with truffle oil on pizza.

Since making a smoky squash and red pepper soup recently (from this lovely lady’s cookbook), I’ve been obsessed with the concept of ‘smoky’ squash, and with inspiration from another pizza outing earlier in the week, I decided to try a new combination of squash and eggplant for pizza toppings.  The squash gets it’s smoky flavor from chiles en adobo sauce, which also give it a good kick.  I broiled the eggplant before putting it on the pizza to make sure they were soft, and threw on some raw kale which got nice and crispy in the hot wood burning oven.  If you’re looking for a fun new fall-ish pizza to try – give this a shot!  It was one of my favorites.

And with that, I’ll leave you with more pictures of our pizza making fall evening. 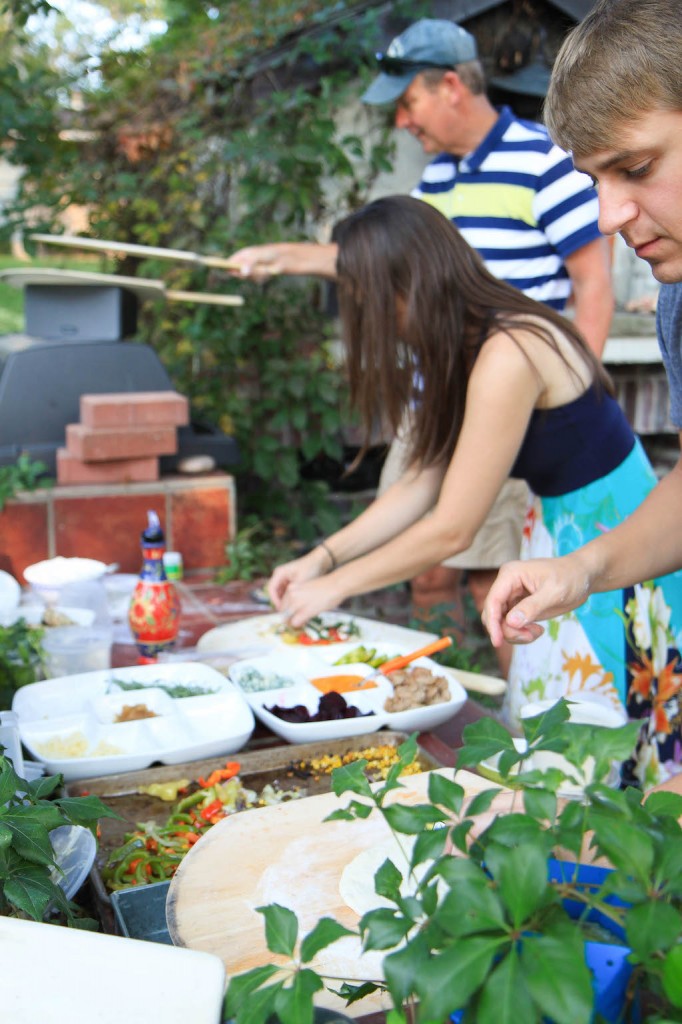 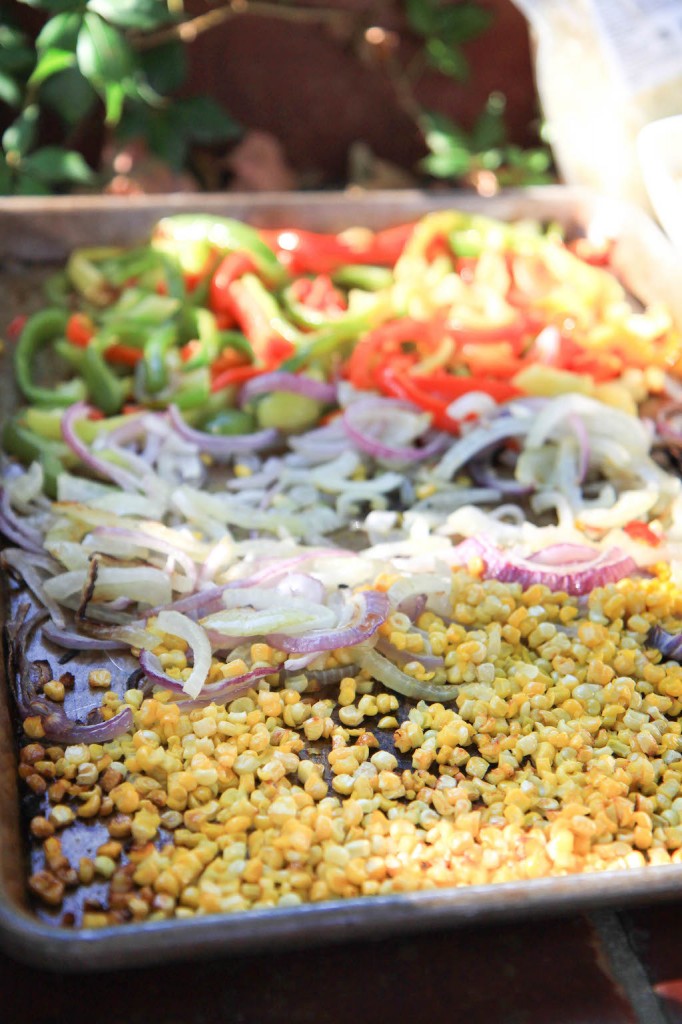 To cook the squash:

To cook the eggplant:

To assemble the pizza:

The toppings you prepare (the squash puree and eggplant) will certainly make more than one pizza, and the amount of toppings you use for each pizza will depend on how large your pizza crust is. If you are not making more than one pizza, or make a couple and have leftovers, the squash puree can be frozen. The eggplant will not hold up well if frozen, so you can throw leftovers in a salad or pasta! *follow the instructions for the pizza crust you are making, as far as pre-baking the crust if the instructions call for it, oven temperature, baking time. Since the topping ingredients are already cooked, you just want to make sure the cheese gets nice and melted.
Tried this recipe?Mention @greensnchocolate to let me know!
Need more ideas?Find all of my recipe pins @greenschocolate
16 Comments
Join The Conversation
Hi! Welcome to greens & chocolate, where healthy cooking meets sinful indulgence. I'm Taylor, a Minnesota girl who loves eating healthy, a daily chocolate indulgence, and running, yoga, and chasing after my sons to balance it all out. I'm so happy you stopped by, and hope you enjoy the recipes I have to share!
More About Taylor